What are these sliders in the tone curve for?

Does anyone actually use these? Please explain how they can be used. 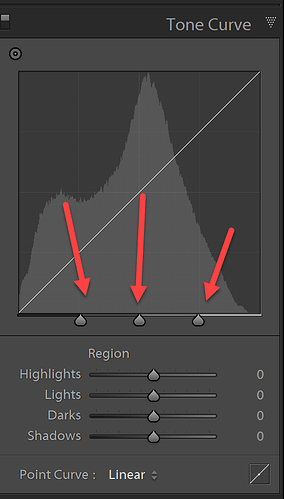 I do wish Adobe would be more consistent in their names for the tonal ranges. In the Basic panel they correspond to Whites / Highlights / Shadows / Blacks even though they don’t represent the exact same tonal ranges. At Least the order would make sense.

That makes sense, thanks Keith!