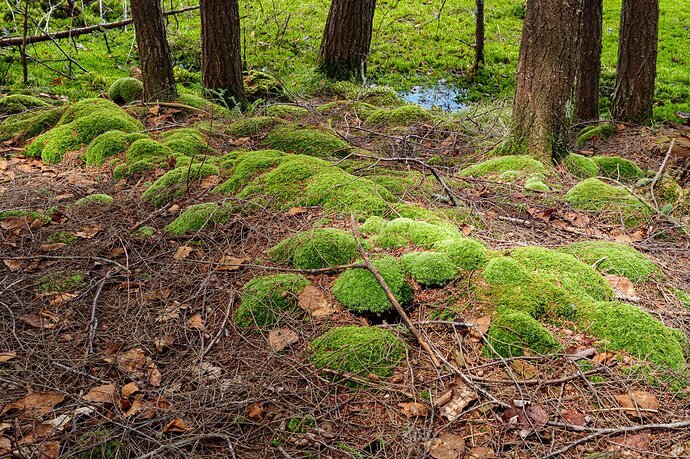 This is the point where a hemlock forest and a spruce bog meet. The clouds came and went and I waited for some more gentle dappled light to hit this line of rocks covered in moss. The moss in the bg is a different variety, but I liked the overall line of green and the carpet of needles, branches and leaves. The contrast between the relative jagged sharpness of the forest floor and the rounded softness of the moss. The sky is reflected in that bit of water. It’s an odd little scene, but stuff like this grabs me sometimes.

Here is another attempt with some of the techniques Bonnie used - 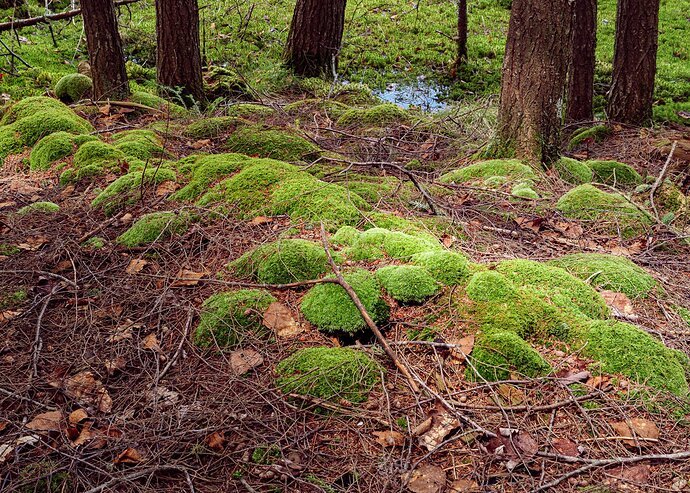 Too much? Not enough?

Is it just me or is this an interesting little slice? And if you have suggestions to improve, have at it.

Lr processed for wb, a 3:2 crop, color channel management for orange luminance, black & white points, sharpening & nr. A little texture & clarity. A lot of use of the adjustment brush to deepen shadows and emphasize the wash of sunlight in the moss where it hit the ground.

This is just the kind of little scene that would catch my eye, too. And what an interesting environment. We don’t have many bogs around here in northern California. The contrast between the rounded, mossy rocks and the angular texture of the ground around them is interesting. I could see emphasizing the light on the mossy rocks a bit more; although it’s apparent that there is more light on the rocks, it’s not very pronounced relative to the light in the rest of the frame. I took a crack at an edit to emphasize the mossy rocks more. I applied two radial filters, one to increase the contrast on the mossy rocks (by lowering exposure and increasing brights) and one to darken and cool the area around the rocks. It sort of changes the mood, though, by cooling the perimeter, which may not be what you intend. 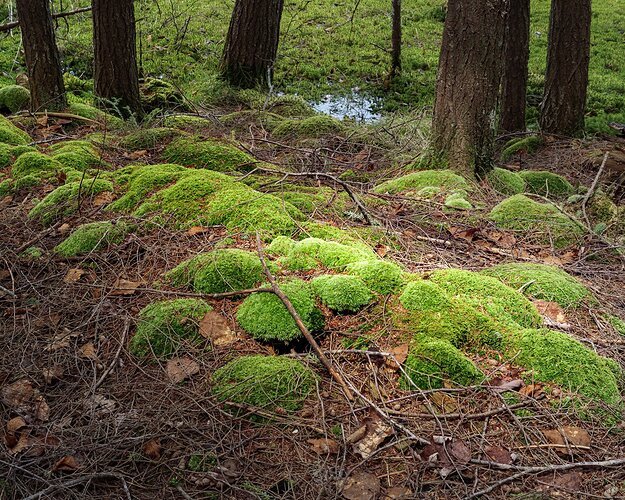 That’s what I was trying to do, but with limited success obviously. Your version looks closer to what I had in mind…I’ll give it another crack and see if I can do better.

Glad you like the image. Bogs fascinate me and always have. I spend a lot of time in them relatively speaking. I live in a major river valley (literally yards from said river) so it’s just one big drainage area for that river. Plus there was a lot of glacial action (the last glacier is named the Wisconsin Ice Sheet) and so lots of lakes, bogs, swamps and ponds. The bogs get me like nothing else. In the winter you can walk right through the one in that shot. In the summer, well…that would be bad. But it’s fascinating in the winter with the snow. Of course it means snowshoeing 8 miles!

I like the original just fine, but upon looking at @Bonnie_Lampley 's rework I think it ups the image just a tad. I feel the lighting suits a forest scene better. JMHO

I like the chaos of all the small sticks mixing with the moss, but wasn’t too sure about the fallen tree in the upper left corner. I prefer the flow of the 3:2, that diagonal flow of the moss is very nice, but like how @Bonnie_Lampley 's crop minimized that tree.

Thanks guys. I put a second one up, but when I saw it I knew it had to be tweaked again. 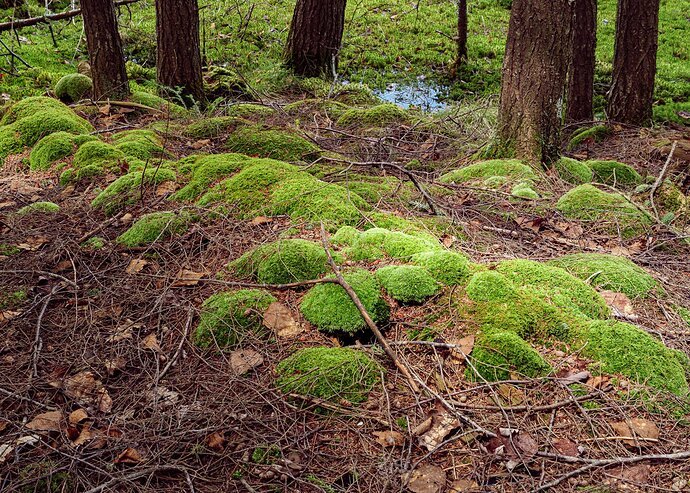 It is an interesting juxtaposition of environments, shooting at the edges of things can often be very productive. I like the tweaks in your rework, they help. If this were mine, I might consider a 16:9 aspect ratio, which I think would emphasize the moss even further. As originally presented, the LLC is not doing much for me, and the 16:9 gets rid of most of it. 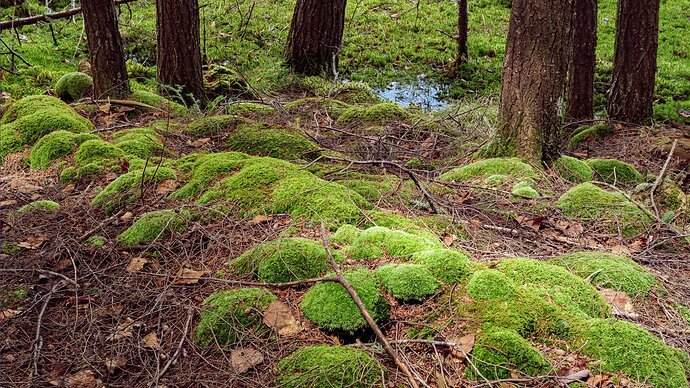 Thanks @Ed_McGuirk - I tried the crop and I’m going to sit with it a while. I think it works pretty well.