Birth of a "Geysir" 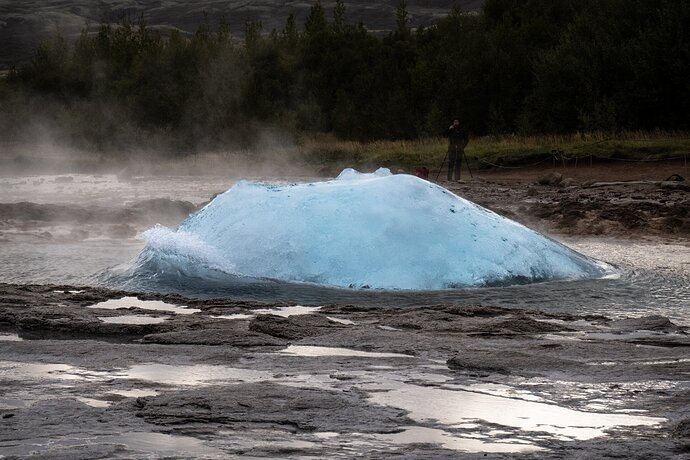 Halfway through my Iceland stay. Yesterday visited the Great Geysir (story below). As the actual geyser has been photographed from every possible angle, I decided to have fun and photograph the huge bubble that formed prior to the full eruption. I thought this would be a fun submission to this week’s challenge, “stopped action”.

"Although the Great Geysir is less active these days, it did lend its name to hot springs all over the world. It was the first geyser described in a printed source. Along with Old Faithful in America’s Yellowstone National Park, Geyser is the most famous geyser in the world.

Accounts from the 19th century mention that the Great Geyser could reach up to 170 meters (558 ft)! Seismic actvity in the area still affects Geysir. After being dormant for years, Geysir was revived by an earthquake in 2000 and erupted for a couple of times a day for several years. Today, Geysir is mostly dormant, though the other hot springs in the Geysir geothermal area remain quite active." (Out of a brochure from Iceland Travel)