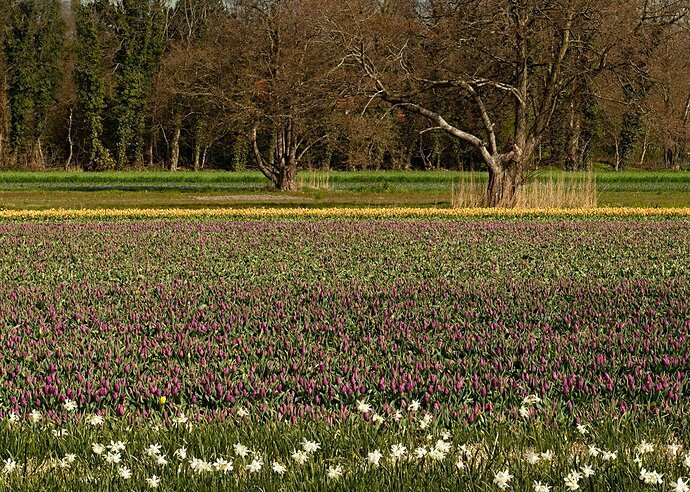 Just along the road

All feedback is more than welcome

This is an interesting composition. The horizontality of it is very appealing. Particularly the strong green and yellow lines followed by that whole green/purple layer with the white at the bottom. the two principle trees (and the yellow grasses below) give the image its dynamism. My one nit with this is the sky at the top of the frame. if you are of a mind, I would fill it in appropriately (rather than crop, which I think would make the upper layer too “thin”.

Just along the road

I like the the way you used the trees here, that row of yellow flowers really calls strong attention to the trees. I am also glad that you included the white flowers. Usually bright stuff near the edge can be a potential distraction, but I think they are needed to make the image work here. I agree with @Kerry_Gordon about the sky patches, I would try to crop/clone/burn to reduce their impact.

This has a very strong composition to it Ben. The 4 or 5 horizontal lines add a very appealing structure to this image. The background trees add a needed focal point to this but I agree with both Kerry and Ed that the blue in the sky needs to be cloned out or cropped out to make it less distracting.

I will second @Kerry_Gordon 's comments.

@Ed_McGuirk , @Kerry_Gordon , @David_Haynes , @Michael_Lowe ,Again thank’s for your attention and remarks on my work. I myself don’t see the distraction of the sky parts. I already did make them a bit darker. Maybe it would have been better if I let just móre sky in ,as in this fast rework, what would be your opinion ? 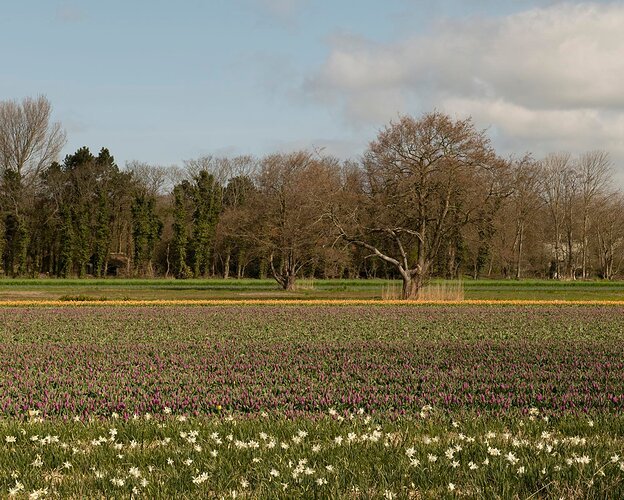 Maybe it would have been better if I let just móre sky in ,as in this fast rework, what would be your opinion ?

I think the “more sky” image works, in the sense that including the sky looks more deliberate, whereas the sky patches in the other image were minor distractions. But I think including the large amount of sky here takes away from the strong lines and patterns that were in the tighter view from the original post. I think there is more impact without the sky.

I pretty much agree with @Ed_McGuirk 's reply. Maybe, Ben, it’s just something to put in your back pocket for future reference.