Day on the Moss 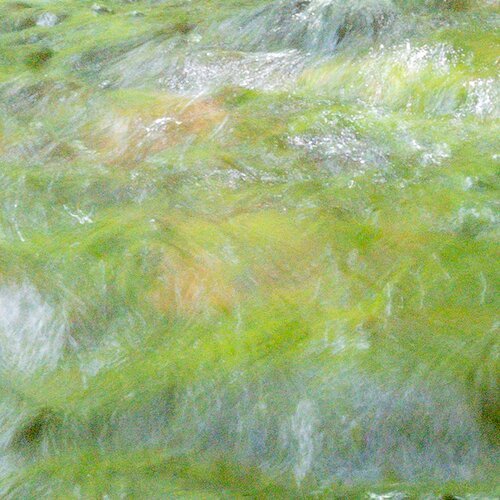 Well…This may be a controversial abstract image based on the granularity/noise. I actually think it adds to the image although this may be completely contrary to the mainstream thought. It is an aggressive crop of a stream I spent time on which was lush with moss both above and below the water.

I really would like to know if the granularity works, keeper or delete! Does noise ever work and add to an image and if so when? Any and all other comments. on comp or whatever. Many thanks in advance.

It has a particolored feeling with the light of the moss overlaid on the white of the water.

I tried to download, but got an error, so I’ll write a suggestion. Try a crop of the lower half of the image, and pull down the exposure just a weensy and the up the contrast the same amount. That’s the most brush-like part. Just my opinion of course.

Hi Mario! I really like this. I like the soft colors, and the brushlike strokes make it look like a painting. Is there some flowing water in the ulr? It kind of looks like a little waterfall to me. As far as noise goes I don’t have a problem with it for this kind of an image. Others might feel differently. In my opinion something like this is artistic and everyone has their own opinion of what they like or don’t. It doesn’t mean something isn’t a masterpiece just because someone doesn’t like it!

Pure abstracts like this are hard to critique, the viewers reaction is so subjective. I really like the warm colors, patterns and light here though, it creates a very cheerful feeling in me. As a viewer I don’t need to know what this is in real life, I just appreciate it as a pure abstract. In terms of color, I think the one element that is not harmonious with the rest of the image are the cooler tones at the very bottom. I would warm that area up a bit.

I do not find the noise to be objectionable here overall. It seems a bit stronger in the bottom, and might dial the noise back in the same area that I suggested be warmed up.

Was your use of such a high ISO intentional to create grain/noise for creative effect? If so, there are ways to add grain in post processing, and you wouldn’t have to shoot at such a high ISO. Using a lower ISO would make your colors a bit richer looking straight out of camera.

Thank you @paul_g_wiegman @Vanessa_Hill @Ed_McGuirk for your comments/suggestions. I reworked this image and like it but still like the original.
Ed, I shot this in Auto Iso mode. It was low light and for some reason I was at f/22 with a relatively fast shutter speed to get the texture of the water so it was not intential to be at 6400. I probably could have shot this at f/11 and been ok with dof. I plan on going back soon…after recovery from recent meniscus surgery in knee hopefully in another week or so. Hate not being able to make photos!
Original 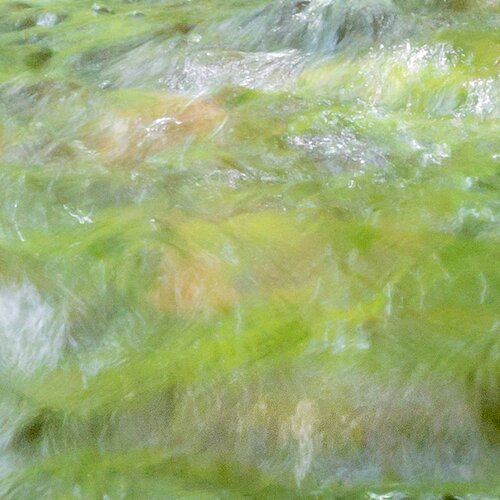 Well, abstracts are pretty subjective to begin with, so my comments are really opinion, and not “critique”. I just like the lightness and cheerfulness of the image, and for me the warmer WB at the bottom adds to that. But maybe you want to get some warm/cool contrast, so that’s fine too.

Mario, I like this abstract a lot! It is a great painting produced by your creative choice of a cut-out of the nature. Well done! Regarding your question about noise, personally I have some problem to like the noise.

So, I downloaded the file and used Topaz Denloise AI to get rid of some of the noice, at the same time trying to not change the mood of the image.

But then I could not resist to also make some other adjustments based on my very personal ideas. I darkened somewhat the bright spot at your original image left side, added some warmth to the blue band at the bottom of the image, deleted a small white part at the LRC and finally flipped the image! 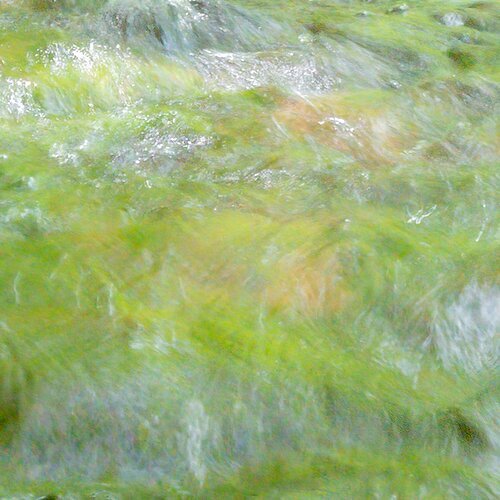 Thank you @ola . I am going to check out Topaz Denoise AI!