Focus Fix or not

Here is a example of what I get a lot so I just toss them away. There are plugins that on a their website looks like it works well but not sure how did made it work. I try these (Sharpen AI) in this case but do not get very far with them. So I am just wondering if something like this is soft, the best thing to do is to toss it. I know how the sharpening works in Photoshop very well. Anyway, I just thought I would open this to any comments. Maybe the basic rule is best, if nothing works then just toss it. This is prob a DOF issue so maybe nothing can be done 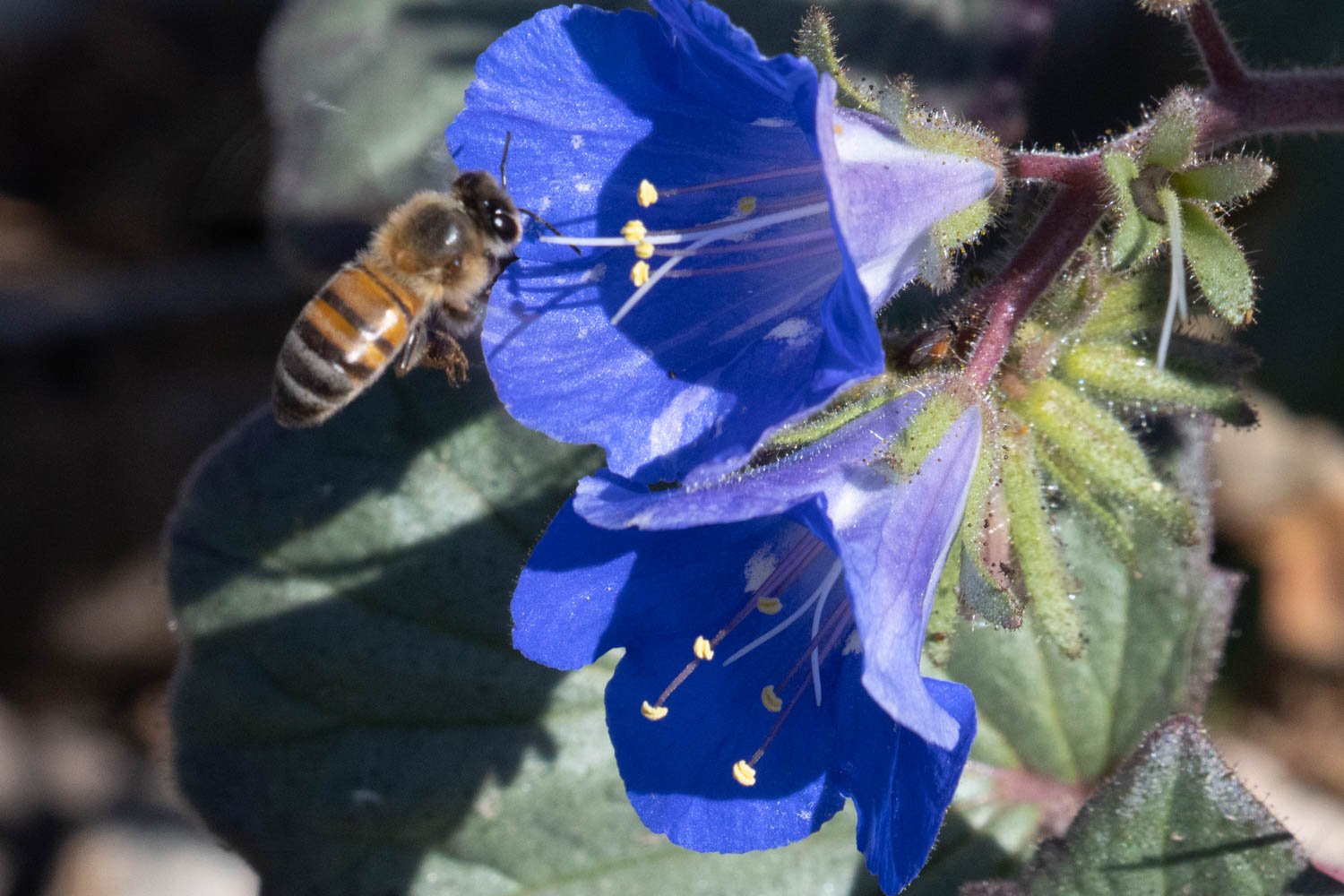 Dean, I think maybe that the camera focused on the flower pedal rather than the bee (at least that is what it looks like happened). Had you been stopped down more, it might would have given you enough DOF that the bee would have been more in focus, but that would be at the cost of the BG having more distractions, most likely. I have struggled with photos like this, that I really like the position the bee is in, but, it is the one shot that didn’t come out as sharp as I would like. I fuss at myself for missing the shot, but usually toss it. Personally, I haven’t found a software that satisfies me in sharpening a subject that I didn’t quite have under the focus point. I am thankful for the software like PS. LR and Topaz that helps me improve my shots, but sometimes I am better off to go try shooting again. The good thing with bees and flowers this time of year, is we usually get more chances, so hopefully you get him in about that position, but crisp sharp.

That’s Shirley. I will keep testing topaz so thanks

Dean I agree with Shirley. It’s a nice shot but not tack sharp as it could be. I think the 1/1000 is too slow a shutter for a shot like this. I also shoot bees and I aim for a shutter speed closer to 1/2000 or higher. What I would do is move your ISO to 800 or 1000. That should take your shutter to 1/2000 or faster. I would also play with a fstop closer to 2.8-4.0 as that will help blur the background. IMO F14 is way to small. With the settings suggested In the light you shot in I think you will freeze the bee very well. Then you might be able to crop out some of the non-essential background and really bring the bee and flower to the forefront.

Dean: Because the bee is the prime subject any softness there is going to have a greater negative impact. I think your DOF was OK but your POF was off. You can see good sharpness on the petals but you have to look for it because our eyes go immediately to the bee. This may not be the best analogy but when I’m shooting Hibiscus the tiny fine filaments on the end of the stamens and pistils have to be sharp. I go so far as to go to 1:1 in LR. If they’re even slightly OOF I know that no software will make up the difference satisfactorily and I dump the images. Of course we have the luxury of taking many shots with a fixed subject like a flower whereas when you’re shooting movnig critters it’s much more difficult to get a winner. Plus, the less time I spend on the computer the better for me. I appreciate all of the sophisticated software options we have but for me the capture is the challenge. >=))>

Thanks for the feed back @bill_currier and @Bill_Fach. As you know bees don’t see to care where they are when we have the camera. This is why I take so many photos so I just happen to get one that is just right. I agree and actually have been taking more time in the setup and field so I have less on post process

Dean, the simple answer is that there’s no good way to adjust the focus after the fact, unless you own the kind of super software that the military or spy agencies have paid millions of dollars to write. Getting moving subjects sharp is hard and I find that my 7D2 and 100-400 miss the focus (even using single point focus) often enough that I never expect a single shot to be correctly focused.

Thanks everyone on this. It just confirms that a photo just needs to be the way the person wanted as for motion or focus. The plugins are nice to have around if needed but just not to depend on them.