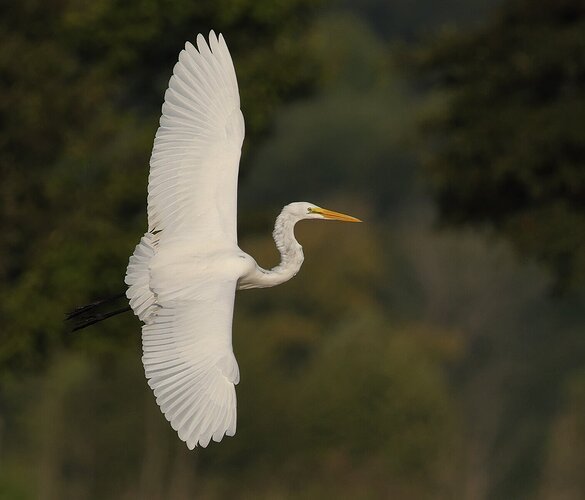 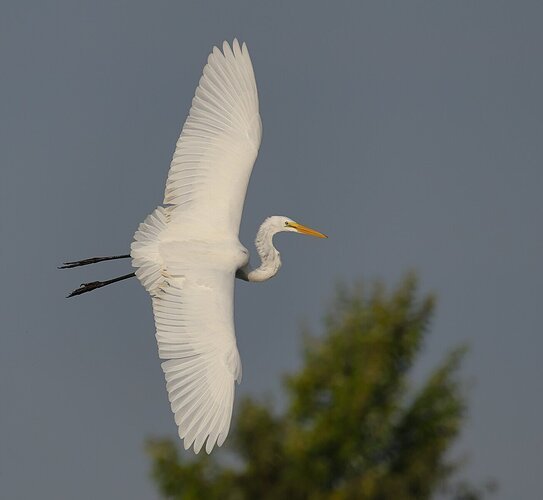 Saw this egret maneuvering as he/she was fishing at a local park.

Wonderful catch of the banking poses! Whites are a challenge and these are a bit low in contrast, with some loss of detail that could be lurking there. Here’s a quick kludge to show what might be missing. Pulling it from the raw file would be much better: 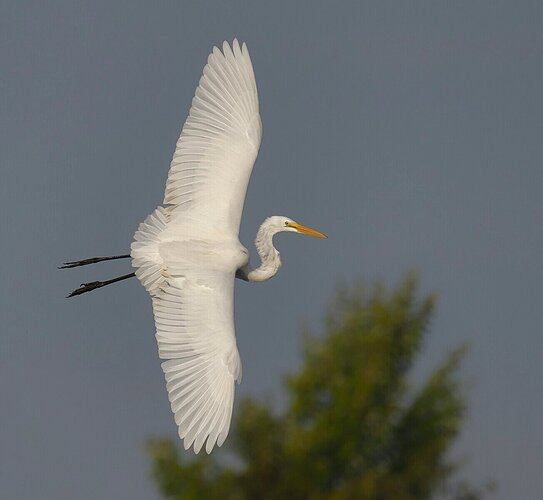 Nice flying pose and I like that you were able to have some environment in the image rather than just sky. I think @Diane_Miller 's work does help to bring out some detail, though “kludge” was a new word for me and had to look it up.

Very nice spread captured here, Allen. It takes shots like this to realize how short their tail feathers are… something I’ve never thought much about with herons/egrets.

I agree with Diane’s assessment of the contrast. Both images appear a bit flat on my screen.

Terrific wing spread and body angle. You get a great look at the tail feathers spread out, feet and legs hanging out behind, and a great head and neck angle. It appears to be sharp but the whites appear to be rather gray than white. I think there might be room for some more exposure. 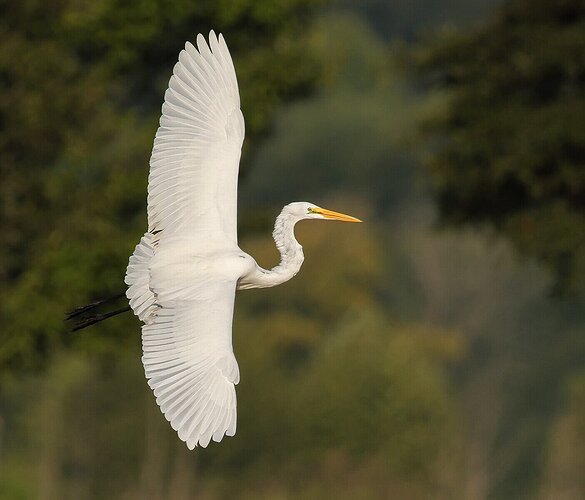 Very nice catch here Allen, showing off that huge wingspan and all those feathers. Liking the nice sharp eye and the sky makes for a better bg I think. Diane’s “kludge” did seem to whiten the feathers somewhat.