I never will understand humans 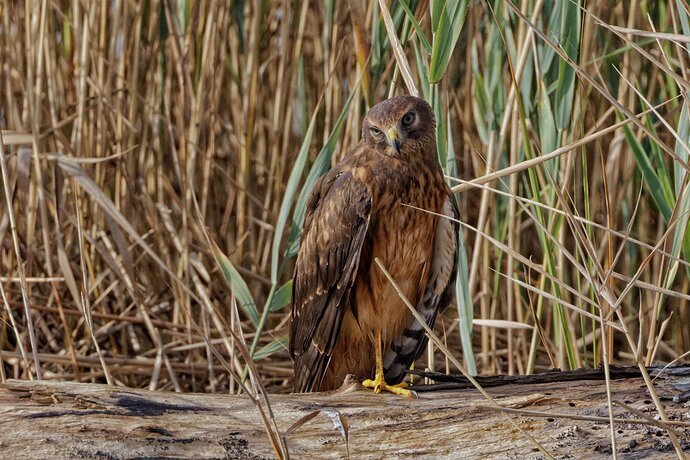 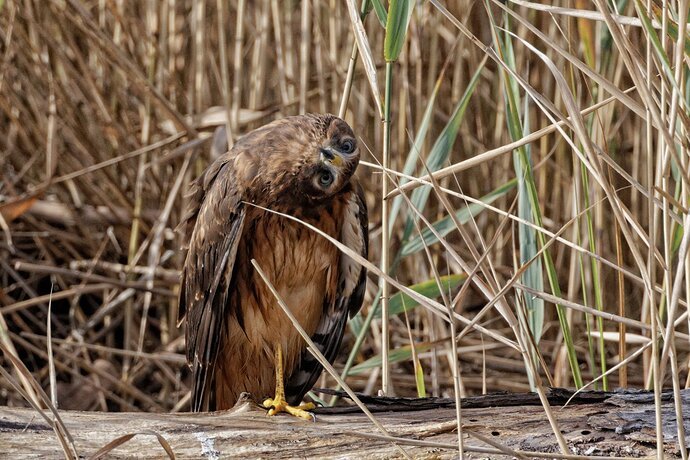 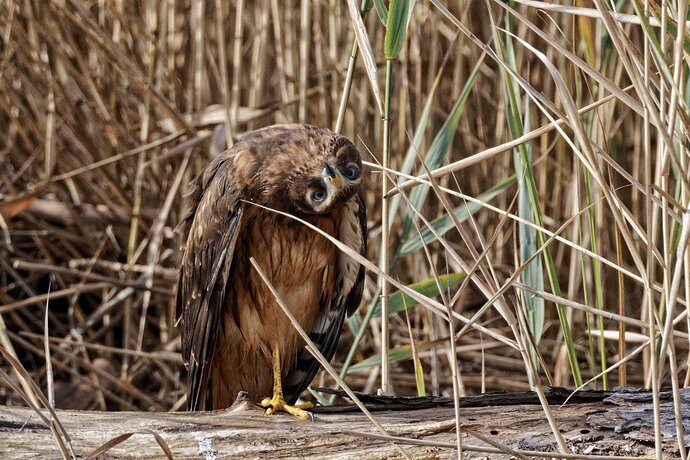 I believe this is an immature Red-tail Hawk. This series was shot were taken from the Zodiac on the Back River on Sept. 3. at 8:48 AM. The Hawk flew in from behind me and landed on this log and was kind enough to give me around 20 frames before leaving.
Thank you for stopping by.
Peter

Hi Peter,
I believe this is a female Northern Harrier. I love the title. I never will either!!! LOL
Good habitat image as they tend to hang around marshy areas and open grasslands. Love the look on the second image where the head is upside down.
That was a kind harrier as they tend not to like humans getting too close. Glad you were able to capture this one, Peter.

Amazing! You caught a great moment! I could see this as a square or portrait format, as the bird’s shape is vertical. It feels a bit awkward in a landscape frame.

This feels so fresh. Most raptor photos have them being all stern and serious. We know they aren’t but their mien makes them feel that way to us. That’s what makes this so great - now we can see them as goofy from time to time. It injects a bit of a different personality, which is anthropomorphizing again, but that’s what we do best. In some ways the landscape orientation emphasizes this as well.

OMG, this is so hilarious, Peter. What a wonderful series. Congrats!

Right place, right time, Peter! This is so unique, as others have said. I’m glad you caught these fun moments

A great trio of images, Peter. I love the comical poses and the title is inspired. I also agree with David on the female harrier ID.

You have a wonderful series of this female northern harrier. I like the second and third ones the best. They have a lot of character and the poses show that there is more than one way to look at a photographer. Well done…Jim

Hi
I want to thank every one for their kind word, I went back into Birds of North America and found a female Northern Harrier. Here is a repost of what I think Diane was talking about.
Peter 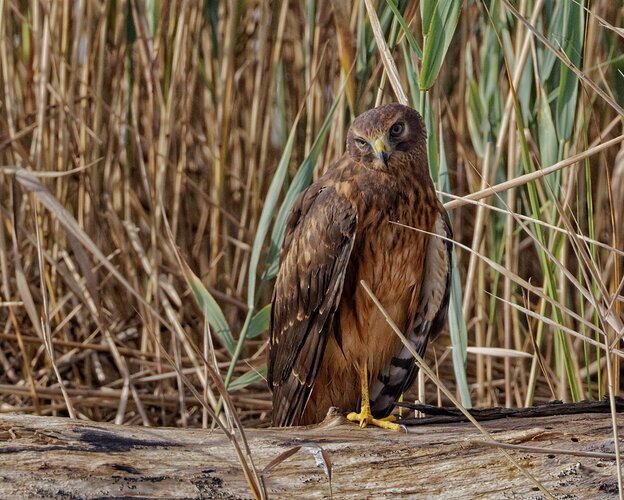 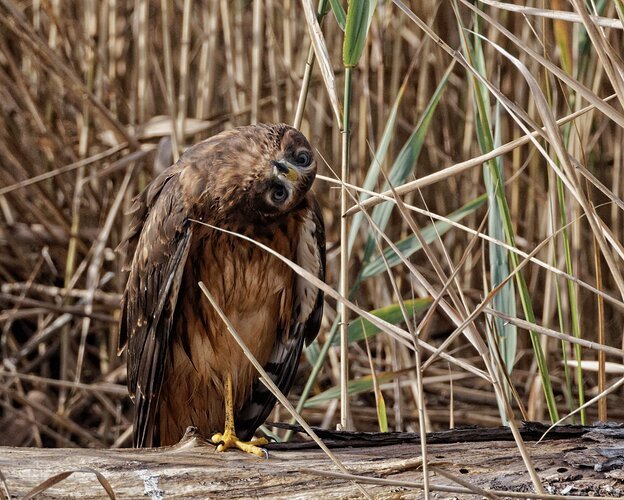 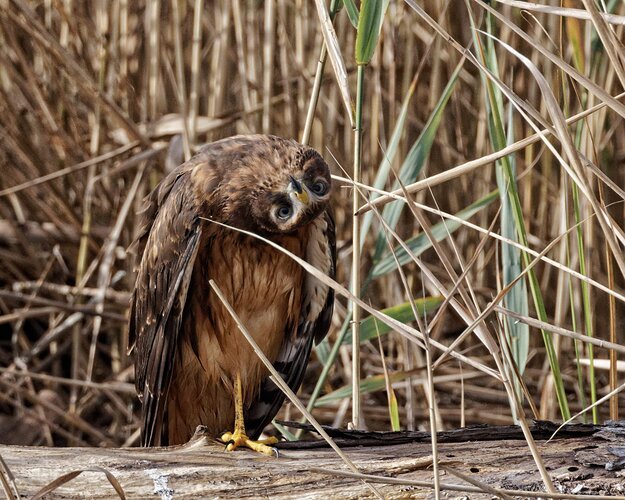 Great series of shots of the harrier (they have an owlish face, which can help with the ID). Very good detail and I like the environment you found her in. I’ve never seen poses like that. Well done.