I took this image of the snowy on a bright day while it was in shade and cropped it to about half the original to eliminate a messy background.
Techs: 1/1000, f/5.6 and ISO 560 handheld. 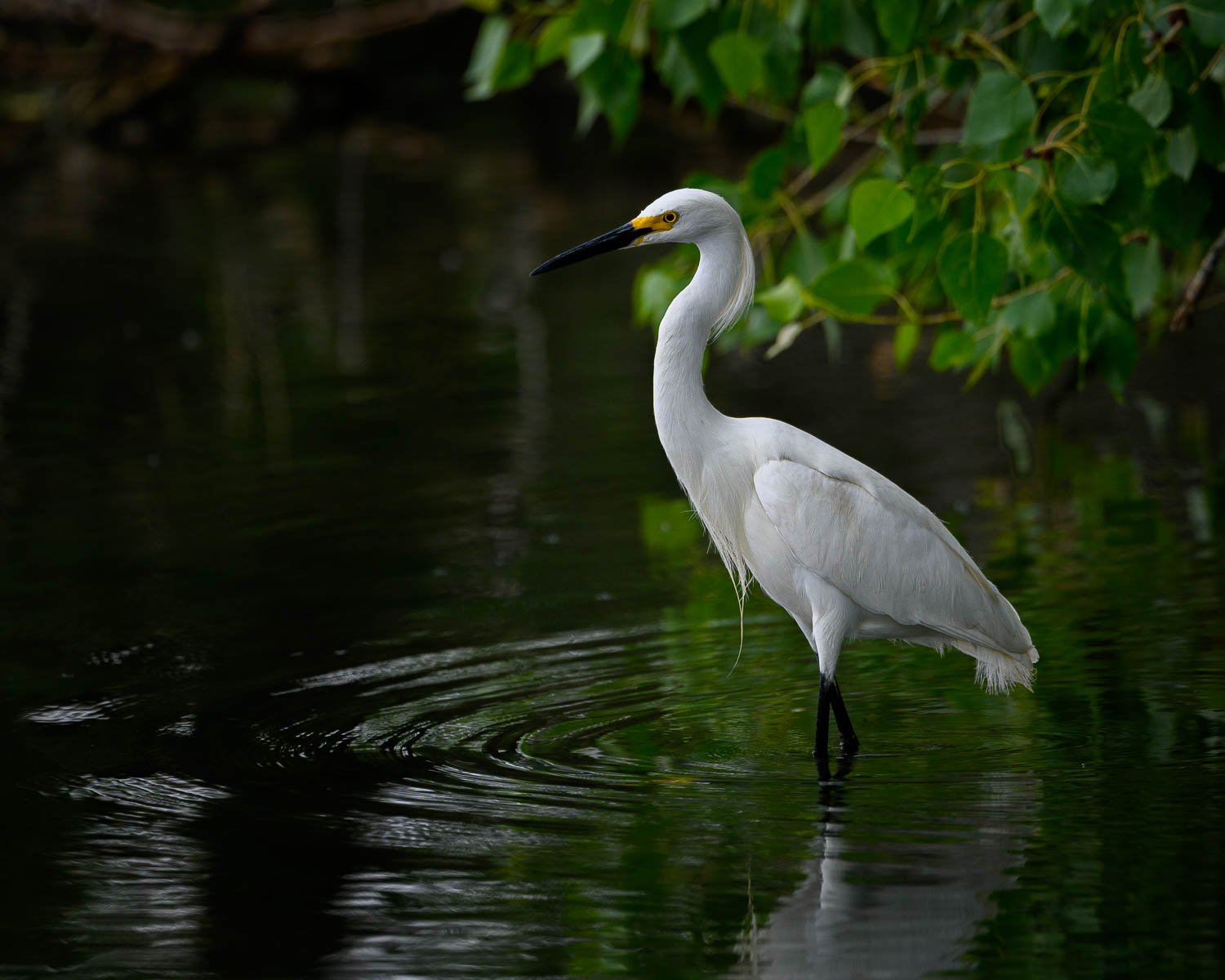 Very nice capture of this Snowy Egret, Richard. I love the environment you captured him in. I just wish the leaves right behind his neck wasn’t there. Seems a bit distracting. If he had stepped forward just a bit, or you could have moved, and those leaves would have only been behind him, I think it would have been an even better image. Still nice, as presented, in my opinion.

A classically beautiful pose from this Snowy, Richard, and I love the ring of ripples in the otherwise still water. The dark background and greenery spell the habitat these birds like. I like the greenery in the background-it works very well for my taste. If I have to find a nit, I’d like just a tiny bit more separation in luminosity between the beak and the background (maybe steal some of that faint reflection from further left and slide it under the beak).

Snowy egrets are challenging subjects and you nailed the whites. The dark bill is better seen from your large version, but I understand that you might try bumping up the luminosity as Dennis suggested. Greenery fits in nicely. Well done…Jim

I had identical comments to Dennis and Jim. I am not bothered by the leaves. Pleasing image.