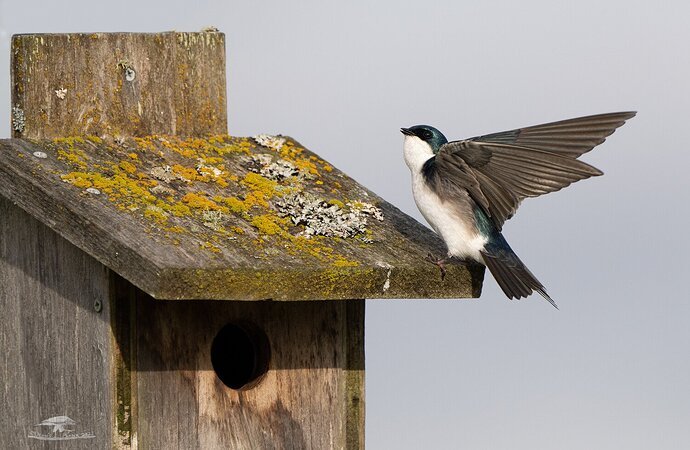 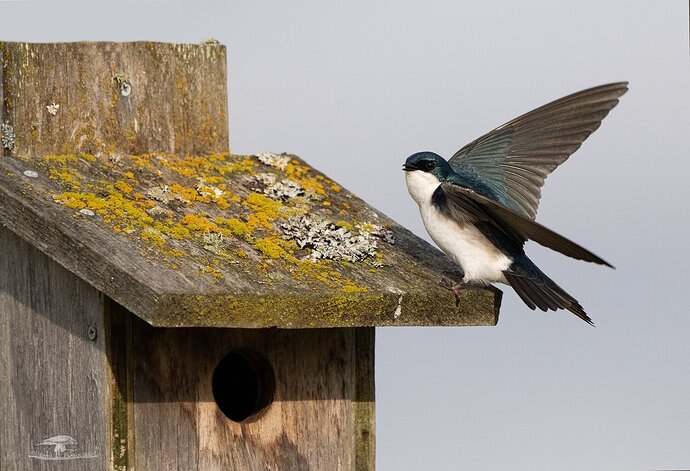 There were three pairs of Barn Swallows contesting ownership of this box last Sunday. This was one of the pair that seemed to have actual possession and was letting the others know it in no uncertain terms.

Which do you think is most dynamic and why?

Great images, Dennis. I prefer the first one because of the head position. The second one has a bit more separated wings, but the head position sort of makes the eye harder to see…Your processing is spot on. Nice work.

Wonderful captures, Dennis. I am drawn more to the second image precisely because his face is looking at you and appears, at least to me, in this pose he is more threating. Also like how his wing (the one closest to you) seems to mimic the angle of the bird house. Very nicely seen.

Dennis, they are both very nice shots. I think I prefer the second one for the reasons @linda_mellor gave, as well as how the box comes to the edge of the frame all the way up, with no sky in between like the first one has. Not sure why I feel that way, but I do. They are both very good shots with nice details.

I’m glad the Barn Swallows haven’t laid claim to our nest box yet. So far, Bluebirds. A House Sparrow was giving it consideration the other day though. Hopefully the Bluebirds win out.

@Shirley_Freeman The crazy thing is that we have plenty of nest boxes, but they still squabble over them. Apparently some are more desirable than others. The Bluebirds always seem to find one for themselves, though sometimes they take forever to make up their minds. The swallows are much more decisive.

I love both – wonderful detail – don’t make me choose! A love the nest box, too!! We have a pair hanging out at a box that was used by Bluebirds last year, and I hope to be able to get more shots. Also have Bluebirds at a different (new) box this year, at a spot I can sort of hide and hope to shoot them.

Both are great but the head turn on the second is my favorite.