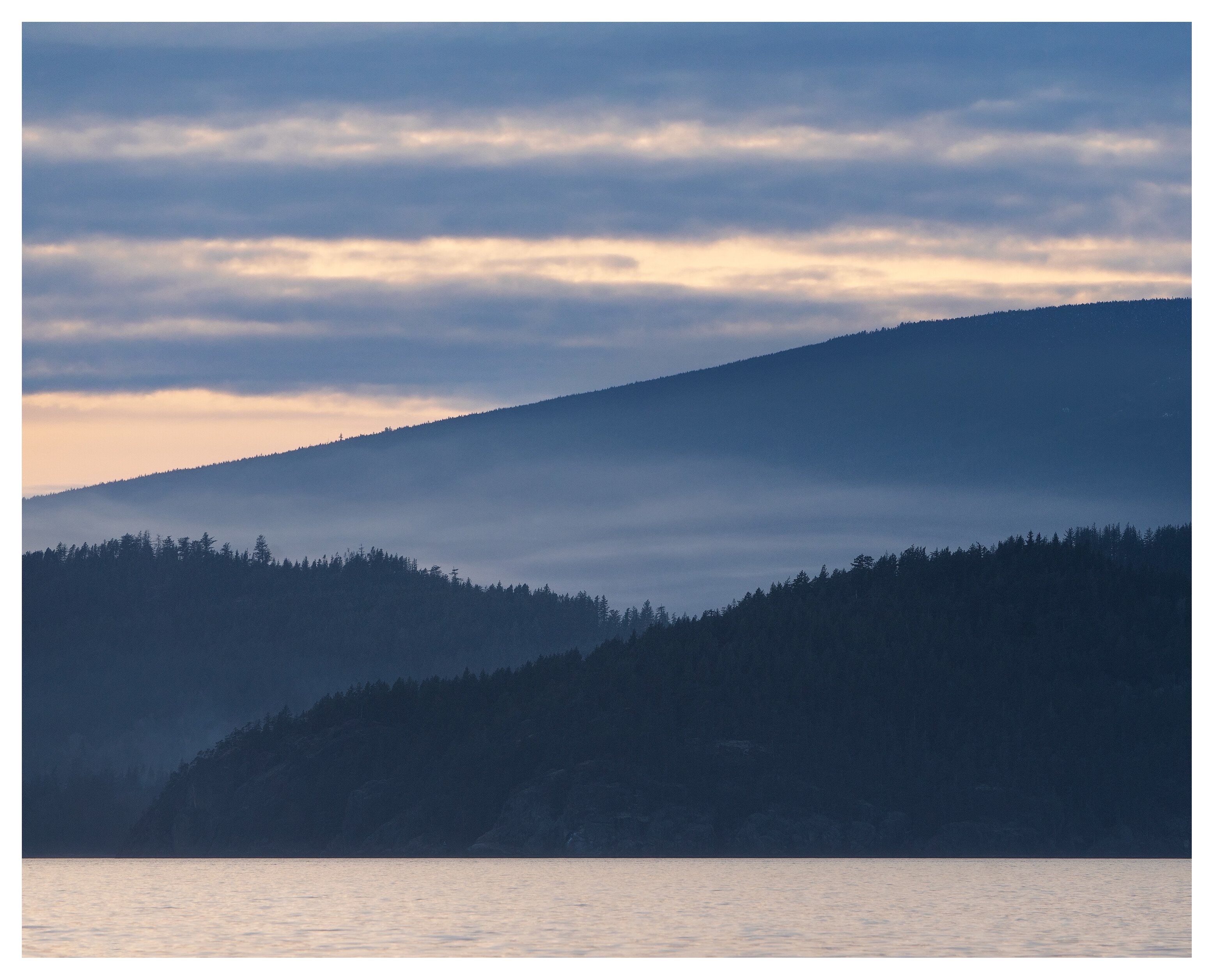 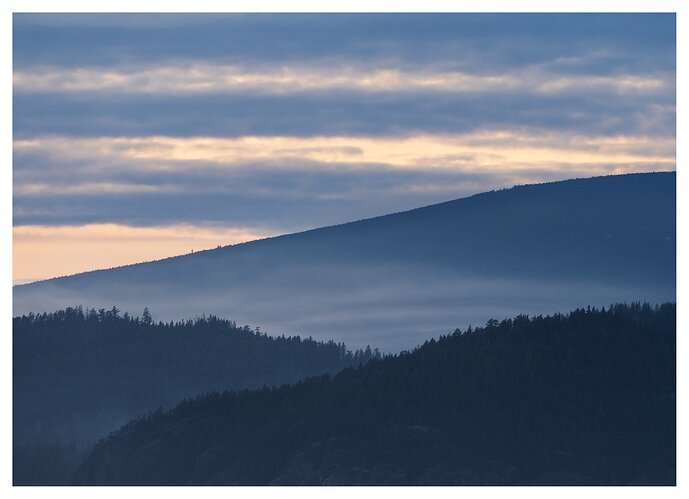 Sunset layers in the Sea to Sky corridor in British Columbia.

Lovely layers, Nathan. For me, I like the 4x5. I think the water adds to the scene and store it tells. I’m tryin got envision how it would look if there was more but I think the section at the bottom gives enough depth to know what it is. Thanks for sharing. Looking forward to seeing what others think.

Tough decision. I like the environment added by the first, but also the simplified, more graphic vision of the second.

I prefer the first image with the water included. Having the water present adds a more dynamic feel to the image, and creates a greater sense of depth for me. It just has a more “open” feeling that I prefer. I also love the varying tonalities of blue here, they look perfect. My only suggestion for the first image would be to dodge the fog in the center to the point where it’s luminosity is slightly greater than the water, to help draw the viewer into the fog and mountains better.

I prefer the version without the water. I really like the strong graphics of the ridges and fog and I find the water more distracting than an addition. The blue mood works well here.

I prefer the 5x7 view. The strip of water in the 4x5 seems like an accident to me, like you intended to include more, but didn’t. The second, while more isolated, is more arresting and leaves more to my imagination (what’s below? hills, water, cows? a town?).

Beauutiful shot, Nathan. There’s no contest for me. I greatly prefer the 5x7 format. The 4x5 looked fine until I saw the 5x7 version. Cropping out the water made a huge difference and really re-directs the emphasis and attention to the mountains. Much less distraction without the water. Excellent work.

I must admit that this is an easy one for me as well. The 5x7 is cohesive and tidy while the 4x5 looks out of sorts to me. Someone mentioned an accident. I love the minimalism in the 5x7 and the tones all match up well with each other. The water adds a yellowish/brownish hue to the image that detracts from the rest of the scene. If you chose to more closely match the color of the water with that of the rest of the image then you might have something with the 4x5. I don’t mind the crop at all. It’s the water tones that don’t quite work for me. Plus, I’m a sucker for minimalism and you nailed this scene. I just love the layered depth you achieved with this image Nathan.

Sunset layers in the Sea to Sky corridor in British Columbia.

4x5 with water for me. I tend to lean to 4x5 or square crops for layered abstracts like this. Nikos’ recent post is a good example of the latter.

Kris, further in the foreground is more water. This was shot with a telephoto and the island in view is several kilometres from where I was standing.

I also prefer the second (5x7) version of this image. It feels cleaner and simpler. Then again I’m a sucker for the simple things! Really well done though. They’re both really great images!