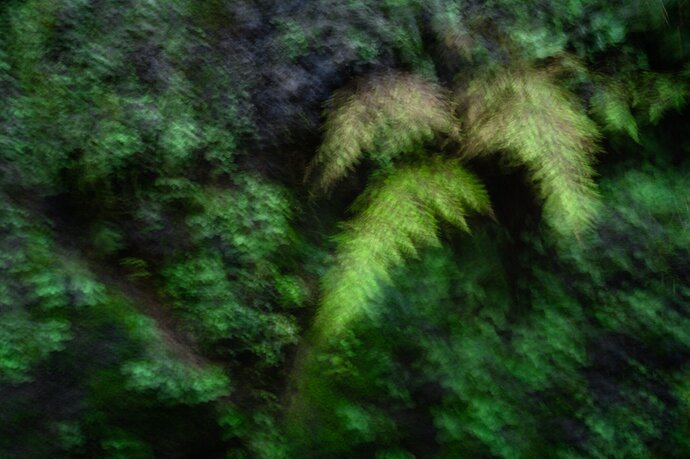 Rework with suggestions from @Matt_Payne. 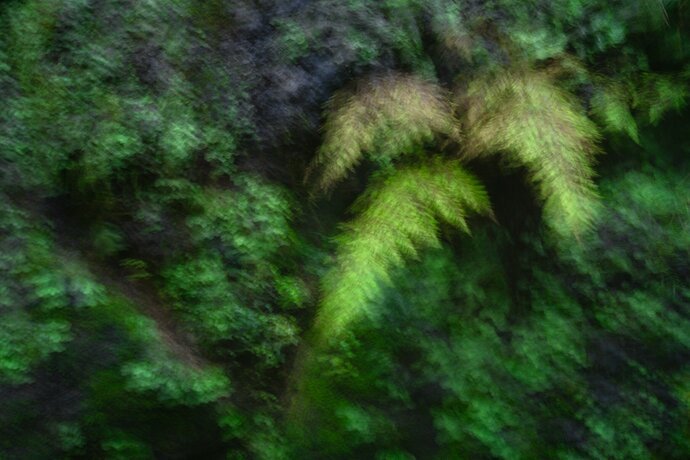 I recently found myself at a bit of a local hot spot. I always try to shoot it in a different way so as to not just continually recreate the head on compositions that I see all over facebook. This time I made a conscious effort to really slow down and take in the surrounding area. I found this little patch of three ferns perched upon the side of a hill/retention structure. I quickly dismissed a standard image, for what reason I’m not sure, and decided ICM was the way to go. I snapped off 3 rounds at various focal ranges. This is the first I’ve edited and I’m interested in your thoughts!

ICM is very subjective but I’m always interested in colors and tones being in a good position. I tried to draw attention to the three ferns without being heavy handed so I would appreciate feedback if I’ve gone too far and need to tone that back. General thoughts are welcome as well!

David, I’m glad you were able to slow down and observe your surroundings and to let nature speak to you in a sense. I’m also happy you tried ICM for this scene as I find experimentation a key to growth.

This is a difficult scene to try ICM on. I say that because there is no underlying structure to serve as a foundation like you would find in a forest (ie vertical trees) or the ocean (horizontal waves). Still, there is a lot to like about your image. The shapes of the ferns stand out and are recognizable and I enjoyed the greenery around the ferns.

I’d be curious to know your shutter speed for this image and what motion you applied to your camera. One suggestion when you’re in the field in a similar scene is maybe move diagonally in the direction of the ferns for example. That might also yield an interesting result such as what you have shared here. Thank you.

Very pleasing, with enough structure that we can see it is ferns. With the blur being more of a juggle than lines, I think it could work with quite a bit cropped off the left – as a friend used to say, “squarified.”

I think the square idea that @Diane_Miller suggested would work nicely, David. @Alfredo_Mora’s suggestion to move diagonally with the ferns might make for an interesting ICM too. For me, I really like how the ferns stand out, enough to identify them, and much brighter than the background. Nice work.

@Alfredo_Mora The exposure time was about 6 seconds, it was deep in the shadows and early, possibly even before sunrise. The general motion was in a diagonal, but because of the length I was going back and forth multiple times, more of a bobblehead type motion than a single line, if that makes any sense. I tried to keep the movements fluid and short.

@Diane_Miller I think a square could work as well, I will take that into consideration for sure.

@David_Bostock the goal, particularly in processing, was to try to help the fern stand out even more. As the only true structure in the image I think it already did in the raw but tried to help it along.

Thank you all for your help!

I don’t think there’s anything heavy-handed about this - I think you’ve succeeded in drawing attention to the ferns. And besides, color/brightness/sat, all those things go out the window anyway with ICM.

6 seconds seems like an eternity, and so I think the hardest part may have been controlling the motion so that everything didn’t just blur together. Very effective here.

My only suggestion is to agree on the square crop. Might just be my perspective, but with the near standard 4:3 format - the format itself brings a reality to ths which makes this more of a “kicked the tripod” ICM, then some intentional movement. I think bringing the crop square help emphasize the abstract nature of this with less reference to reality. If that makes any sense.

I thik the colors and contrast are working quite well with this one.

Hey David!
I love to see you trying new ideas!
For me the blocky blacks are a bit of a distraction, so I’d wonder if it had a more “airy” feel with less contrast. Just an idea.

Hey @Matt_Payne thank you for checking this one out. Here is a rework trying to lighten some of the dark patches. I’m interested if this is the direction you were thinking. Those darker parts can stop the flow a bit so hopefully this will alleviate that.

I think that’s the right idea!
I downloaded it, did a darks 2 lum mask and increased the highlights. 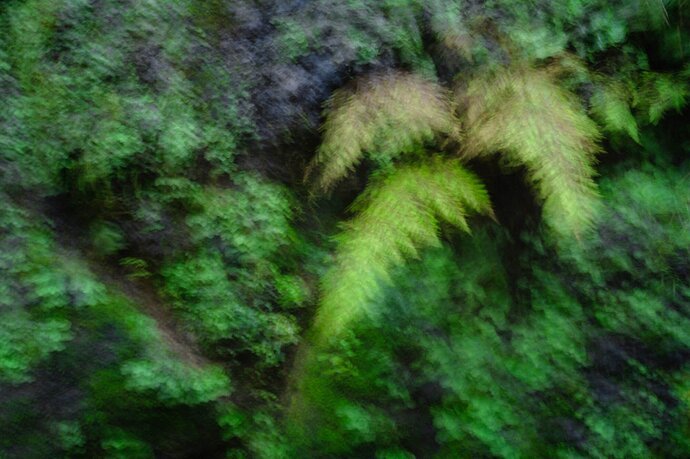