Back to the Valley

A distant valley in the Chugach Mountain Range. Taken from the Glen Highway near Eureka Lodge, Alaska. The first photo was taken during a drive from Valdez to Anchorage in August of 2017. The second photo was taken from the same location in May of 2018. I wanted to get close to the same view to show the difference between Summer and Winter. Both shots are zoomed in to ~100 mm. 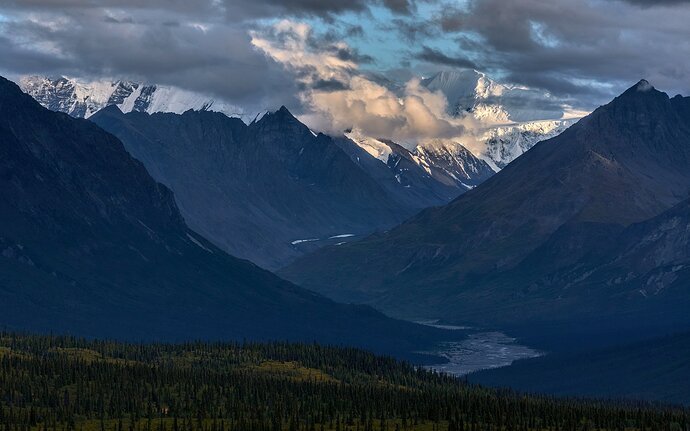 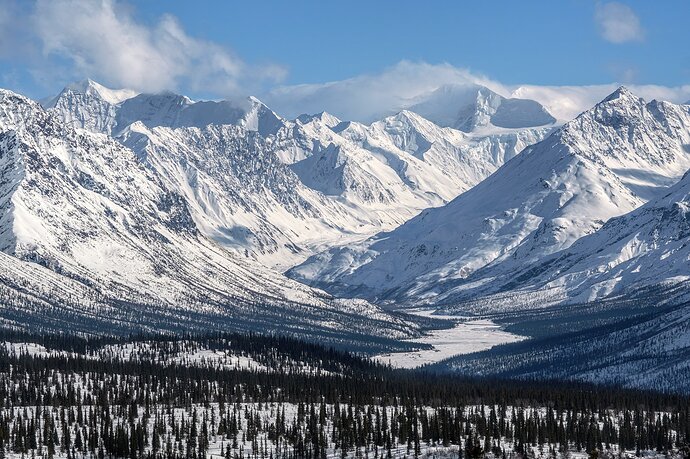 Gary, the differences between seasons are quite dramatic. The difference in lighting is also quite striking. I really like the drama in the sky in your first post. That makes for a very nicely moody scene. The second post is an intriguing mix of chilly and inviting. It really sets off the shapes of the mountains with enough clouds to keep the sky interesting.