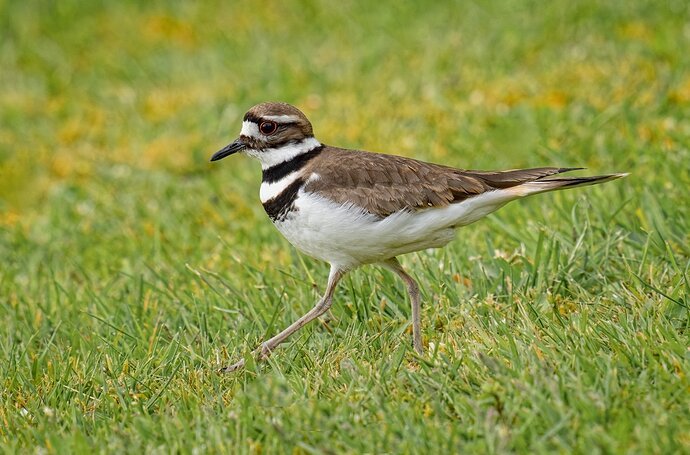 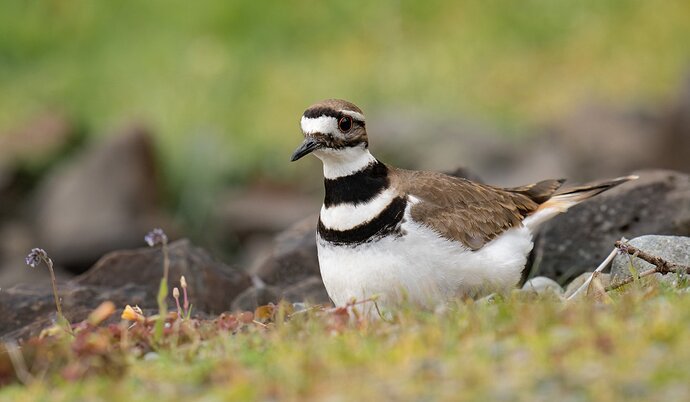 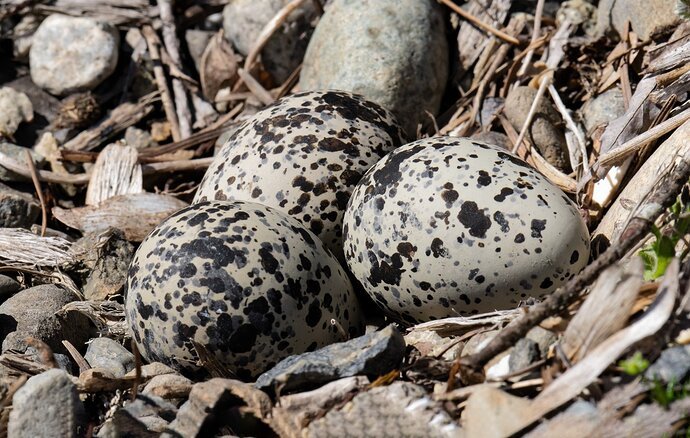 For the past few years, Killdeer have been making their nests in my driveway. They like to nest in gravel depressions. They always seem to show up at the end of April or beginning of May. They check out my neighbor’s driveway and my driveway but so far I have only seen them nest in my own driveway. I have some orange traffic cones that I put up around the nest to prevent vehicles from running over the nest. So far, the nest has been successful only one year. There are plenty of critters around who would like some Killdeer eggs for a meal.

I included an image with one of the Killdeer sitting on the nest and there is an image of the eggs which you can see are somewhat camouflage similar to the mostly granite gravel, especially when the sun is out.

I like all three images, David, wonderful detail in the first catching it in mid-stride. Quite curious how careless this species can be with nest sights. Have seen a Killdeer nest along side a church driveway in Washington.

Nice job on all three, David. I’m particularly fond of the first with the striding pose and the nice head turn. I rarely get them to give me that good a look. They’re all around here, but the closest nest across the street. They also nest on the local preserve and somewhat earlier than late April/early May. Two years ago when we had an actual Prairie Appreciation Day at the preserve, there was a mother with chicks wandering around on the road-very cute.

A terrific documentary series - I especially like her inquisitive/vigilant attitude while sitting on the nest. I agree they make them in some awfully risky places, but they’re just birds and didn’t evolve with roads, airports, driveways or humans. So they make do. I love that you can follow them closely and at least give them a little protection. Do both parents raise the young ones or just the female? I’ve never had the opportunity to observe them closely.

Excellent series, David. I’m particularly fond of the one on her nest. When I was growing up in SW Kansas, there were a lot of Killdeer around. When approached while on the nest, they will flutter away, drooping a wing as if they are injured and trying to escape, to draw predators away from the nest.

Hi David, I like all these images. I think my favorite is the first with the bird in full stride. Nice documentation of this behavior. well done.