I like shots of birds in flight banking poses so I thought I’d share some here. Seen on the swamp tour of Reelfoot Lake this weekend. 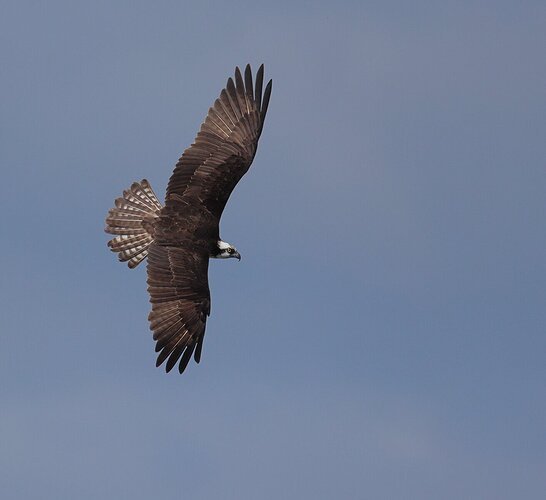 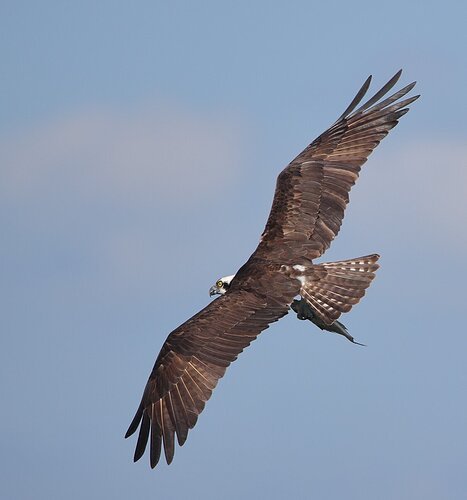 These two were following each other and gives you an idea of the environment and the windy conditions that day. 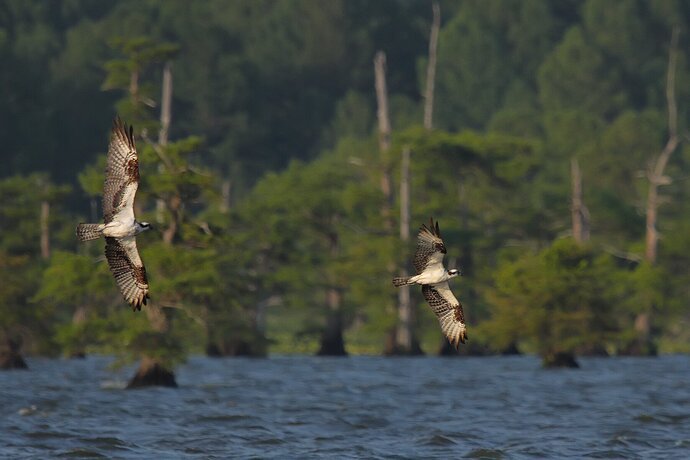 Nice series, Allen. I’ve always thought it would be so freeing to be a bird and just fly on the thermal waves like this.

A nice series of Osprey images, Allen. I’m particularly fond of the first one, but they’re all very nice.

Two very nice captures! I wonder about bringing up the exposure or white point of the first to be a closer match to the second. I love the subtle clouds that are most apparent in the second one.

The first and second image work best for me. I prefer the pose in the first image and the clouds of the second image.