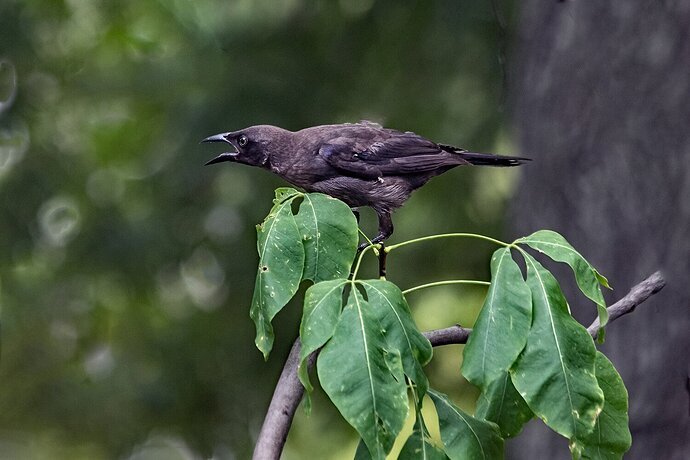 Though I think of these as being among the most common of birds, I recently read somewhere that their numbers have declined as much as 54 per cent since 1966.

@terryb - I like the green perch as it is a bit different for where I’d expect to see a grackle. That part is pretty cool.

Sadly, I see very little detail in the plumage. I don’t know what you captured in camera, but I’d expect to see far more details.

What’s going on in the middle / top of the back of the bird? Looks like a branch was cloned or something???

Thanks @Keith_Bauer. Yeah, I attempted to remove a little staub sticking up behind his back.

I agree with Keith about the perch being a bit unusual, at least for my area in Southern California. That’s a nice touch. The image is too centered for my liking and it looks like you’ve cloned out the end of the stick of the right edge of the image so I would go ahead and simply crop that off anyway. Here is what I mean: 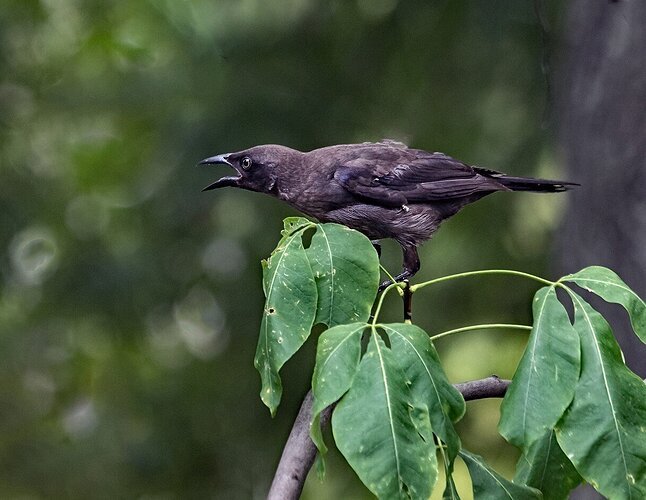 What I like about this image is the viewer gets a clear sense the grackle is reacting to or at something which gives the image a certain immediacy.

Thanks @Allen_Brooks. That was why I liked it, as well.